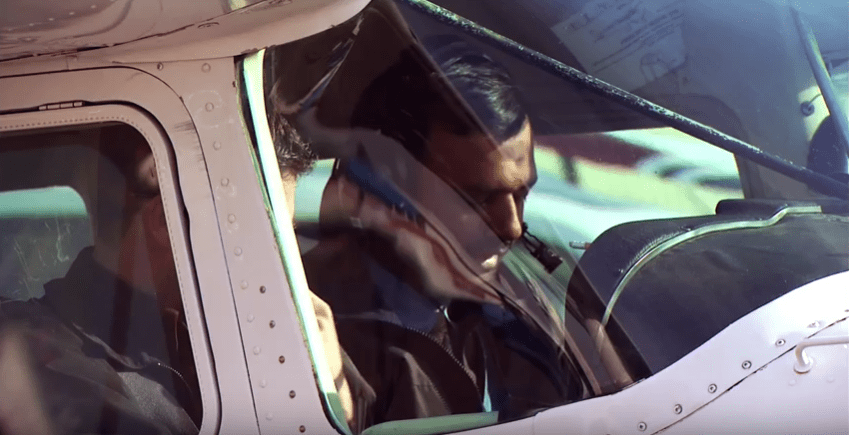 Photo Credit: Screenshot from “On A Wing and A Prayer: An American Muslim Learns to Fly”

Post 9/11 distrust of Muslims learning to fly small aircraft did not stop Monem from following his dream to be a pilot. This documentary follows rhe story of one Muslim getting his wings despite Patriot Act II.

Last year the Abraham Accords were signed between Israel, the United Arab Emirates, Bahrain, Morocco and Sudan. This marked a public normalization of relations not seen in decades. And with this new … END_OF_DOCUMENT_TOKEN_TO_BE_REPLACED

As new head coach for the New York Jets, Robert Saleh is making history as the first Muslim American to lead a team in the National Football League. The Lebanese American is also the third Arab … END_OF_DOCUMENT_TOKEN_TO_BE_REPLACED

According to The Hill, Bushra Amiwala "is part of a new generation stepping into politics." In 2019, she was elected to the Skokie Board of Education in Illinois, making this Pakistani-American … END_OF_DOCUMENT_TOKEN_TO_BE_REPLACED

Riz Ahmed has become the first Muslim nominated for Best Actor in a Leading Role at the Academy Awards for Sound of Metal, not long after Mahershala Ali made his own history with two Best Supporting … END_OF_DOCUMENT_TOKEN_TO_BE_REPLACED

A recent report from Physics magazine finds that physics departments in many western universities have a "significant gender disparity, with far fewer women than men taking up the subject." However, … END_OF_DOCUMENT_TOKEN_TO_BE_REPLACED